also known as Hezekiah’s Tunnel, is a water tunnel that was dug underneath the City of David in Jerusalem in ancient times.  It is believed to be the the tunnel spoken about in the following bible verses:

Now the rest of the acts of Hezekiah—all his might, and how he made a pool and a tunnel and brought water into the city—are they not written in the book of the chronicles of the kings of Judah?

And when Hezekiah saw that Sennacherib had come, and that his purpose was to make war against Jerusalem, he consulted with his leaders and commanders to stop the water from the springs which were outside the city; and they helped him. Thus many people gathered together who stopped all the springs and the brook that ran through the land, saying, “Why should the kings­ of Assyria come and find much water?”

This same Hezekiah also stopped the water outlet of Upper Gihon, and brought the water by tunnel to the west side of the City of David. Hezekiah prospered in all his works.

The 1,500-foot-long-tunnel created by King Hezekiah in 701 BCE to protect Jerusalem’s water source, the Gihon Spring, from the invading Assyrians (2 Chronicles 32:2-4). It was created without any modern tools and as such is generally considered a great engineering feat. 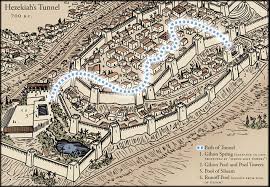 It was first described in modern times by Franciscus Quaresmius in 1625. It was later explored in 1838 by the American biblical scholar Edward Robinson, and in 1865 by Charles Warren. The British explorer Captain Charles Warren (who rediscovered it in 1867) found an ancient Hebrew inscription (The siloam Inscription) describing the construction. It says a team of diggers started at each end, listening for the sound of each other’s pickaxes, and eventually met in the middle!

This is the siloam inscription found in the tunnel which details how the construction work was carried out: 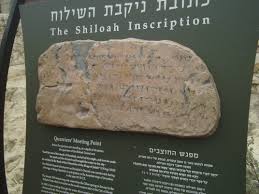 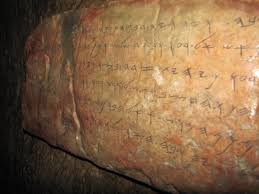 This tunnel is still intact and you can visit it in Israel, it is a 45 minute walk but the tourists have generally remarked that it’s “Worth the Walk” Click here for more details! 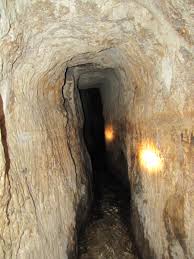 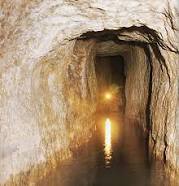